Running time is around 15 minutes. Click photo below to see the video 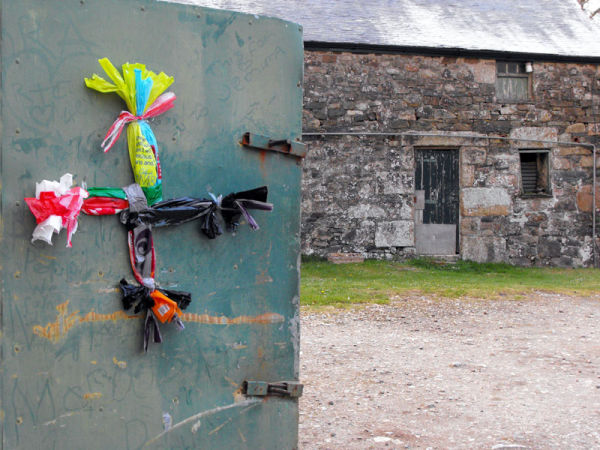 'The Seasons’ Turning' (2012) features the installation and performance 'Keskerdh An Kammva Dro'. These complimentary pieces - one landscape based, one gallery based, were made for the Newlyn Society of Artists exhibition 'Site-Non-Site' at Kestle Barton Rural Centre for Contemporary Art in October 2012. The narrative is focused around the passage quoted below by the eminent Cornish writer, Clara Vyvyan. She lived at Trelowarren, which is near Kestle Barton, in the heart of the Lizard peninsula. In the ceremonies, symbols and rituals used locally to mediate between people who work the land and the elemental forces over which they have no control, the video's narrator is looking for the survival of Vyvyan’s ‘sense of something more’

‘If I were asked to describe the country briefly I should use the single word magic’…that sense of ‘something more’ behind or beyond or beneath things tangible or visible. Its atmosphere of magic …. was concerned with streams and their secret undergrowth and the coastal track that led along the high cliffs and down in to valleys, with bird life and wild flowers and moor land space; and these things have not yet been obliterated in this obliterating age of the bulldozer’… and these qualities, and this magic is ‘dangerously near extinction, threatened by the noise, ugliness and crowds of the industrial age’.
(Clara Vyvyan ‘My Cornwall’ Bossiney Press 1973) 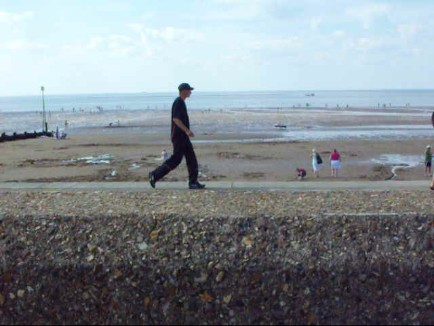