Running time is 2 minutes 55 seconds. Click the photo below to see the video. 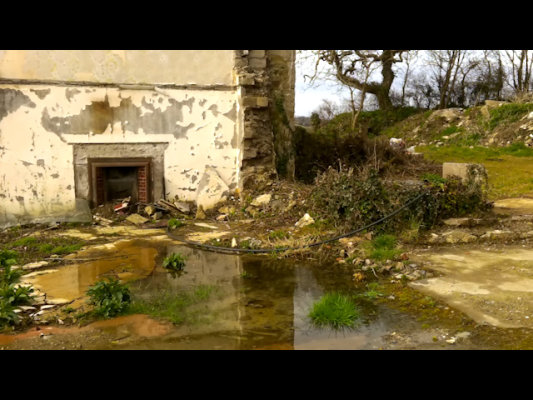 'On the Wall' was shown at the Harvest Film festival, Lower Hewood farm, November 9th 2019.

Making a living as a small farmer is increasingly difficult and many farmers are diversifying to make ends meet. More and more fields are filled with wind turbines and solar panels, or yurts, shepherds’ huts and caravans. Many farm buildings have been converted into holiday lets. Many have fallen into disrepair.
This film features a farm house and its out buildings, close to where I grew up. The family that lived there have long since gone, and after the parents died, the house has steadily disintegrated. Though it eventually became so unsafe that it had to be demolished, I can still find traces of the people I knew on it’s one remaining wall.
Chris Hardy’s poem ‘On the Wall’, which he sings and accompanies so beautifully on guitar, provided me with a perfect framework on which to gather and explore my memories and thoughts about this disappearing place.On the Wall is from Chris Hardy's album 'Health to Your Hands' 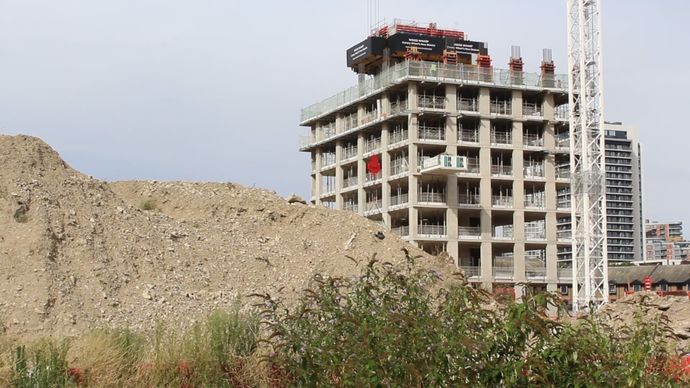